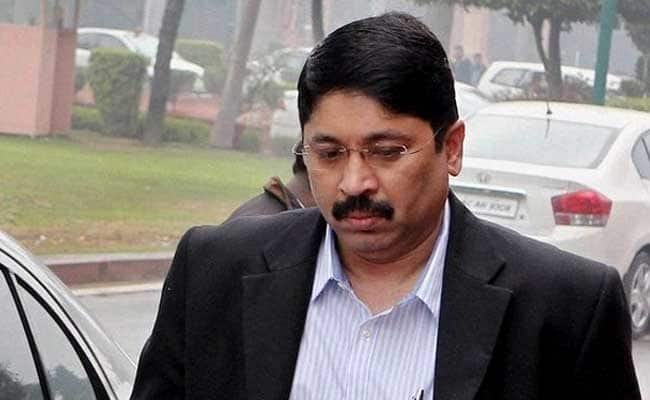 The Madras High Court on Wednesday declined interim relief to former Union telecom minister Dayanidhi Maran and his elder brother Kalanithi Maran in trial proceedings against them in a CBI court in the “illegal” telephone exchange case.

The judge posted the matter for further hearing on October 10.

A CBI court on August 30 had framed charges and ordered trial of Dayanidhi Maran and six others in the case of alleged setting up of “illegal” telephone exchanges to benefit the Sun TV of his brother Kalanithi Maran during 2004-06.

The Maran brothers have sought quashing of the charges against them.

When the matter came up on Wednesday before Justice AD Jagadish Chandira, Additional Solicitor General (ASG) G. Rajagopalan said the Supreme Court and the high court had already rejected their pleas seeking to discharge them from the case.

“The courts have directed the trial court to recommence the hearing and complete it by 12 months.

Moreover, the courts have upheld that a prima facie case has been made out and the CBI has sufficient evidence to proceed with the prosecution.”

He said charges have been framed in accordance “with the procedure” and wanted the court not to stall proceedings in the CBI court.

Counsel for the petitioners sought time to file reply to the submissions made by the ASG and wanted the court to stay proceedings till then.

However, the judge declined and posted the matter for next Wednesday.

The charges date back to the time when Dayanidhi Maran, a grandnephew of late DMK chief M Karunanidhi, was Union minister for telecommunications and information technology in the UPA-1 government.

The CBI has alleged that he misused his official position and got private telephone exchanges installed at his various residences here, which were used for business transactions of the Sun Network.

The high court had on July 25 held that there were ‘heaps’ of material evidence against the accused and had directed the special court to frame charges and conclude the trial within a year.

The bench had given its order on a CBI plea, challenging the discharge of the accused by Special Judge S Natarajan on March 14 this year.