Suspected to have caused 8 deaths 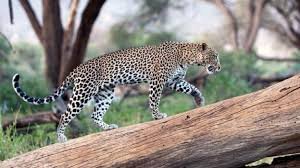 Eleven leopards have been captured over three weeks in Gujarat’s Junagadh and Amreli districts on suspicion that they are responsible for the deaths of eight people since April this year, a senior forest department official said on Sunday.

The latest among the 11 was a female leopard, which was trapped on Saturday night from the farm of one Kurjibhai Kyada in Manekvada village in Amreli, chief conservator of forests, Junagadh Wildlife Circle, Dushyant Vasavada said.

A leopard was trapped from Lunghiya village in Amreli on November 13 and another in Shivthali in Junagadh the next day, over 300 km from here. “These leopards have been captured in the region around Visavadar taluka of Junagadh, and Dhari and Bagasara talukas of adjourning Amreli, from where eight deaths have been reported due to leopard attacks since April this year,” Mr. Vasavada said.

He said scat and pug marks were being analysed to zero in on the leopards responsible for attacks on humans, adding that the big cats were being kept at the Sasan rescue centre. “We suspect these leopards are behind the attacks. They have been held as a preventive measure, and they are not going to be released any time soon,” the official said.

The decision to catch the leopards was taken last month after a 60-year-old man, Valabhai Maru, was killed in Visavadar. Prior to this, a 5-year-old boy was killed in Champathal village, and two others in Molvel.