Incriminating materials and arms and ammunition were recovered from the site of the encounter. 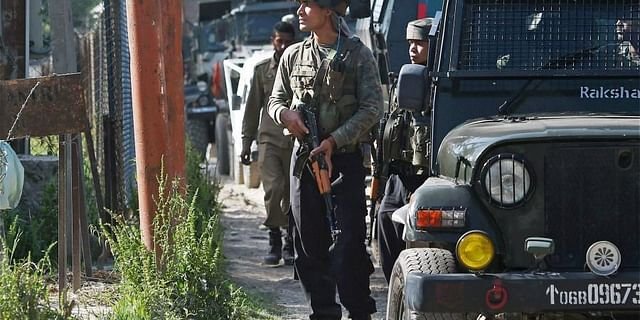 SRINAGAR: The two terrorists killed in an encounter by security forces at Hasanpora area in south Kashmir’s Kulgam district have been identified, officials said on Monday.

The slain terrorists have been identified as Imad Muzaffar Wani, a resident of Arigam Pulwama, and Abdul Rashid Thoker from Hassanpora.

The police said that based on a specific input about the presence of terrorists in Hasanpora village situated on the border between Kulgam and Anantnag, a joint cordon and search operation was launched on Sunday evening by the police and the army.

“During the search operation, as the joint search party proceeded towards the suspected spot, the hiding terrorists started firing indiscriminately, which was retaliated effectively leading to an encounter,” the police said.

In the ensuing encounter, two terrorists of proscribed terror outfit Al-Badr were killed.

“As per police records, both the killed militants were categorised terrorists. They were part of groups involved in several terror crime cases, including attacks on security forces and civilian atrocities. Besides, Imad Wani was involved in the attack on police personnel in Pulwama on December 19.

“Before joining terrorist ranks, Abdul Rashid Thoker was working as terror associate and was also involved in attack on a civilian at Chitragam in which the said civilian got injured,” the police said.

Incriminating materials and arms and ammunition were recovered from the site of the encounter, the police said.