Abdul Rahim, 21, was stopped at MR Nagar in Chennai on Friday night and was fined by the police for not wearing a mask. 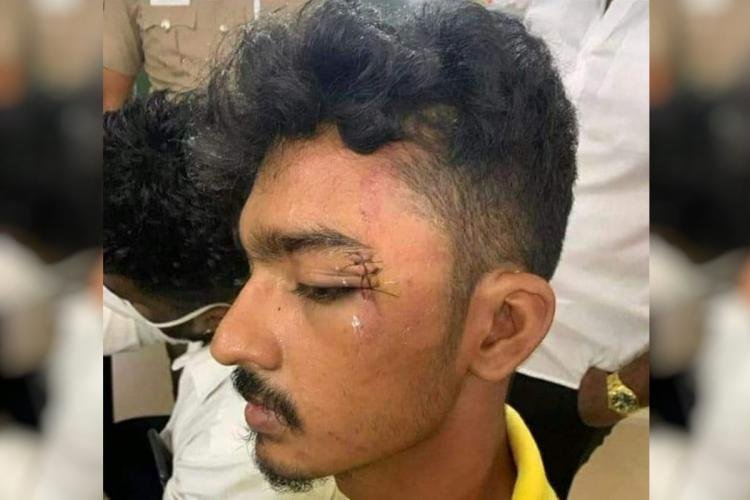 Two police officers in Chennai are facing action for assaulting a college student for not wearing a mask. Abdul Rahim (21) says that he was forcibly taken to the P6 Kodungaiyur police station and assaulted by two constables Uthirakumar and Boominathan. In his complaint, he alleges that the officers ‘urinated on him and injured him till he bled from all parts’. He adds that he was ‘forced to wipe his blood with his own T-shirt’. Abdul Rahim, a law student from Tamil Nadu Dr Ambedkar Law University, Chennai alleged that he was assaulted for not wearing a mask while riding his bike on the road. However, according to the police, the assault took place after Abdul had slapped one of the constables. As per the complaint, at 11.30 pm on Friday night. Rahim was riding his bike back from his part time job at a pharmacy to his house, when he was caught at the MR Nagar vehicle check in Kodungaiyur. According to reports, Rahim quickly wore his mask on seeing the officers, and the officers asked him to pay a fine for violating the mask rule when COVID-19 cases were so high.

TNM also got in touch with the P6 Kodungaiyur police to which the two constables belonged. The inspector said that it has been recorded that Abdul had been brought to the station on Friday night. “An argument broke out between Abdul and the police constable Uthirakumar outside the station premises. In the heat of the moment. Abdul slapped him. It was following this that he was charged under Section 332 (voluntarily causing hurt to any person being a public servant in the discharge of his duty as such public servant). The constables were enraged after Abdul slapped Uthirakumar and they in turn beat him up,” says an officer from the P6 police station. On Saturday morning, Rahim posted a video on social media along with pictures of the injuries inflicted by the police assault.

Meanwhile the two officers are under enquiry and are likely to be suspended for assaulting the student. The department inquiry is led by the Joint Commissioner of Police (West Zone) S Rajeswari. Although Rahim in his complaint stated that the officers had urinated on him, a preliminary enquiry showed that this was untrue.