In addition to Tamil Nadu, West Bengal and Kerala’s tableaus have also been rejected and will be excluded from the upcoming Republic Day parade on January 26. 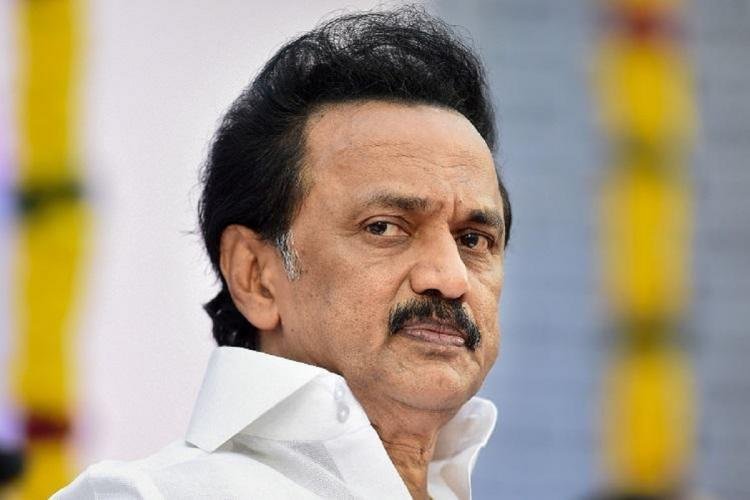 Tamil Nadu Chief Minister MK Stalin on Monday, January 17, wrote to Prime Minister Narendra Modi to question the rejection of the state’s tableau for the upcoming Republic Day parade in New Delhi. In the letter, CM Stalin called the rejection disappointing and asked the Prime Minister to intervene. In addition to Tamil Nadu, West Bengal and Kerala’s tableaus have also been rejected and will be excluded from the Republic Day parade on January 26.

“The rejection of Tamil Nadu’s tableau, that included freedom fighters VOC, Mahakavi Bharathiyar, Rani Velu Nachiyar and Maruthu Brothers, from the Republic Day Parade is disappointing. I ask that the respected Prime Minister intervene immediately and ensure that Tamil Nadu’s contribution to the freedom struggle is given a place [in the parade],” Stalin wrote in his letter to the Prime Minister. Tamil Nadu CM said that the state submitted sketches choosing the theme “Tamil Nadu in the Freedom Struggle” depicting the renowned freedom fighters from Tamil Nadu.

“The design had VO Chidambaranar (VOC), the famous freedom fighter who founded the Swadeshi Steam Navigation Company in 1906 during Indian Independence movement to compete against the British. The design also had Subramania Bharathi, popularly known as Maha Kavi Bharathiar, who kindled patriotism in the minds of the people with his fiery patriotic songs and writings during the Indian Independence movement, the CM wrote. The rear of the tableau was designed to showcase a statue of Rani Velu Nachiyar riding a horse with a sword in hand and with women soldiers. “She was the first Indian queen to wage a war with the East India Company in India. She was the queen of Sivagangai region from 1780 to 1790 and blew up an ammunition storage of East India Company by arranging a suicide attack. “She is hailed as Veeramangai’ a brave woman,” the Chief Minister explained in the letter.

“Marudhupandiyar brothers (known as Maruthu brothers) offered protection to Queen Velu Nachiyar and helped her to win the war against the East India Company and win back Sivagangai. The images of Maruthupandiyars are proposed to be depicted in the tableaux,” the Chief Minister said and added that VO Chidambaranar, Maha Kavi, Veeramangai Velu Nachiyar and Maruthu brothers are some of the several freedom fighters from Tamil Nadu.

It is reportedly the third time in the past five years that Tamil Nadu’s tableau has not made it to the Republic Day parade. CM Stalin’s letter to the PM comes a day after Chief Minister Mamata Banerjee also questioned the Union government after the West Bengal tableau was rejected for the 2022 parade. West Bengal’s tableau was to highlight the contributions of Netaji Subhas Chandra Bose on his 125th birth anniversary year.  Chief Minister Mamata Banerjee on Sunday, January 16, wrote to Prime Minister Narendra Modi urging him to reconsider the decision.

“I have been profoundly shocked and hurt by the decision of the Government of India to abruptly exclude the proposed tableau of the Government of West Bengal from the ensuing Republic Day Parade. It is even more baffling for us that the tableau was rejected without assigning any reasons or justifications,” Banerjee said in a two-page letter to Modi. According to reports, West Bengal’s tableau has made it to the Republic Day parade six times since 2008.

“The Central government’s decision to deny permission to the Kerala’s Republic Day tableau, which contained anti-caste crusader Narayana Guru’s figure, is extremely condemnable. @BJP4Keralam must state whether they agree with this insulting attitude towards Kerala’s Guru,” V Sivankutty, Kerala’s Education Minister, said in a tweet.

The BJP in Kerala has claimed that for the past few years, Kerala’s proposals were getting rejected due to “mediocre floats.”

“Opportunity was denied for Kerala due to its lack of homework. Kerala’s presentation was being rejected for the few years due to mediocre floats,” BJP state chief K Surendran said recently.

Congress leader BK Hariprasad has alleged that the BJP is vindictive towards non-NDA ruled states. “The BJP is having vindictive attitude towards certain states. The Centre has rejected Kerala government’s tableau which was based on Narayana Guru, a philosopher & social reformer. He fought against caste-ridden society & rejecting his tableau is an insult to the spiritual guru. This smells of #BJP conspiracy,” he tweeted.