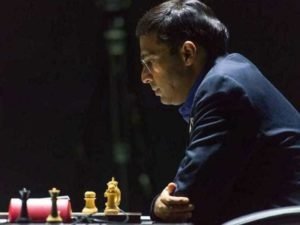 India finished sixth in the open section and eighth in women’s team category on the final day of the 43rd World Chess Olympiad on Friday at Georgia. China won the gold in both the sections — open and women. In the open section, third-seeded China drew the top-seeded USA while second-seeded Russia defeated France. In the end, USA won the silver medal while Russia won the bronze. This is the second time that China won the Olympiad gold. China had previously won it in 2014 in Norway. Fifth-seeded India was ranked sixth after its draw against Poland.

“Last Olympiad we benefited from the tiebreak system; this time, unfortunately, we didn’t. Nevertheless, silver is a good result and I’d like to thank all my team members for their dedicated work. Congrats to China on gold in the Open and Women’s sections,” US top board player Fabiano Caruana tweeted.

The fifth-seeded Indian women’s team secured the eighth position. It was a day of mixed results for India with the open team splitting points with Poland while the women’s team defeated Mongolia 3:1.

In the open section, the fifth-seeded Indian team drew all the four games. On the top board, former World Champion Vishwanathan Anand, after a day of rest, drew with Jan-Krzysztof Duda in a short game that ended in 25 moves.

In the women’s section, top rated Koneru Humpy was rested against Mongolia and Padmini Rout played on the fourth board.

On the fourth board, Padmini Rout defeated Dulamsuren Yanjindulam in 65 moves.

The 44th World Chess Olympiad will be hosted by Russian city Khanty-Mansiysk in 2020.