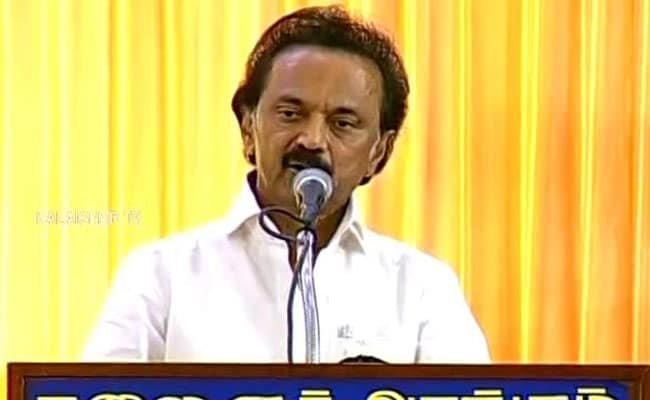 The court, however, directed him to appear before a special court set up exclusively to try cases against MPs and MLAs, and file an undertaking that he would present himself before it without waiting for summons, in case the petition was dismissed.

Justice P N Prakash passed the interim order while admitting the petition filed by MK Stalin to quash the defamation proceedings before the special court.

Noting that the case has been transferred to the special court, he directed MK Stalin to appear before it within two weeks from the date of receipt of the order and execute a bond for Rs. 5,000 without surety.

Thereafter he should give an undertaking to appear before the special court without waiting for summons in the event of dismissal of his petition, Justice Prakash said.

The matter relates to a criminal defamation case filed against Stalin by the city public prosecutor for a statement he allegedly made against late chief minister Jayalalithaa on August 2, 2012 that she was on vacation when the whole city was suffering from cholera.