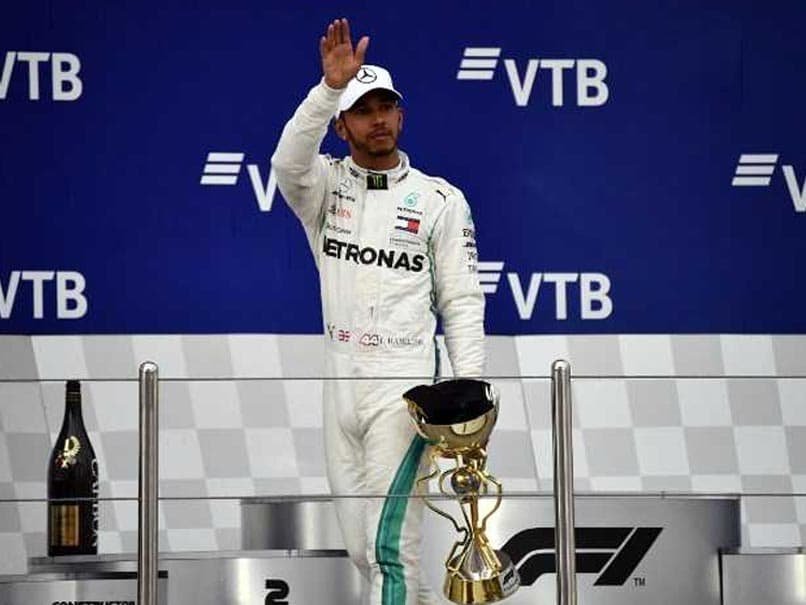 World champion Lewis Hamilton limbered up for qualifying for the Japanese Grand Prix by posting the fastest lap in a rain-hit final free practice on Saturday. The Formula One championship leader pushed his Mercedes to a time of one minute, 29.599 seconds, just over a tenth quicker than Ferrari rival Sebastian Vettel after a typhoon downpour had forced all 20 cars to dive back into the Suzuka pits. Hamilton, who leads Vettel by 50 points with just five races left this season, will be hot favourite to take pole after also dominating practice on Friday, when he went 1.3 seconds faster, albeit on a dry track.

Ferrari’s Kimi Raikkonen posted the third fastest time ahead of Hamilton’s Mercedes teammate Valtteri Bottas in a session that finished two minutes early after Nico Hulkenberg smashed his Renault into a wall.

The Red Bulls of Max Verstappen and Daniel Ricciardo were fifth and sixth but will be hoping to split the Ferraris at least in qualifying after struggling for pace in practice.

Vettel realistically needs a victory to keep alive his fading hopes of pipping Hamilton to a fifth world title and the German at least closed the gap after Friday’s Mercedes whitewash.

However, rain and gusting winds from a passing typhoon are set to make the fast-flowing Suzuka circuit even trickier for drivers in qualifying.

Hamilton controversially took his eighth chequered flag of the season at Sochi last weekend after Mercedes ordered Bottas to give up the lead.

But the Briton has been in a class of his own at his favourite course, lapping around half a second quicker than Bottas on Friday.

Mercedes will still be expected to deliver another front-row lockout while Hamilton, who has won five of the last six rounds, could mathematically clinch the title in Mexico with two races to spare.