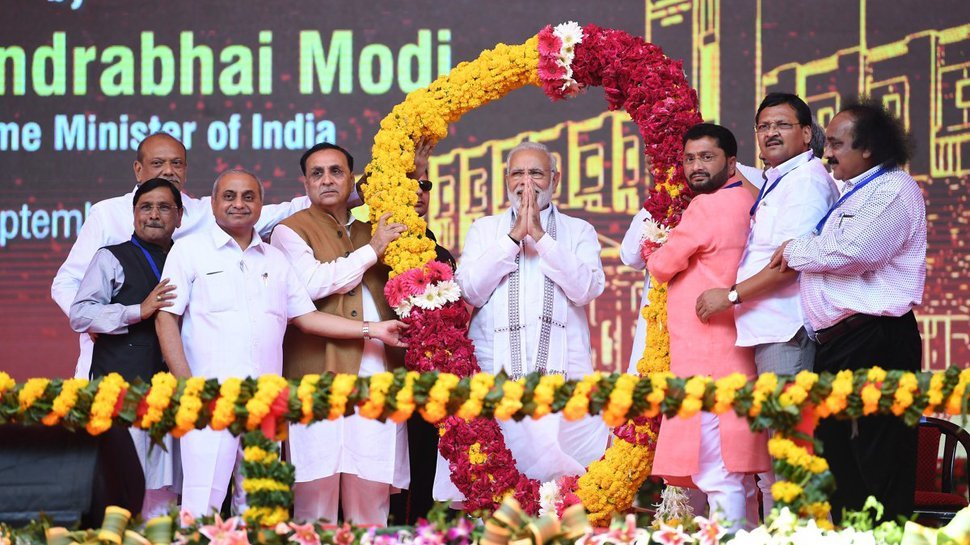 Interacting with BJP workers via NaMo app, the Prime Minister said that the BJP spreads happiness while the Congress divides people. He further alleged that the Congress will make attempts to incite fighting among people in the five states where assembly elections are slated to be held.

The Prime Minister further referred to the bifurcation of Andhra Pradesh and Telangana, alleging that the Congress move made people speaking same language enemy of each other. He said that while former prime minister Atal Bihari Vajpayee created three states after taking into confidence all stakeholders, the Congress bifurcated Andhra Pradesh and Telangana making people of the states each other’s enemy.

Prime Minister Modi also attacked opposition parties, calling Mahagathbandhan “a failed idea”. He referred to the opposition parties as opportunists, saying that they bicker with each other but join hands when they see an opportunity to form government.

“Mahagathbandhan is a failed idea. These parties constantly bicker with each other but come together when there’s an opportunity to form government like we saw in Karnataka. Similar efforts are underway in Uttar Pradesh and Madhya Pradesh. BJP workers need to make people aware of the background of these leaders,” said the Prime Minister.