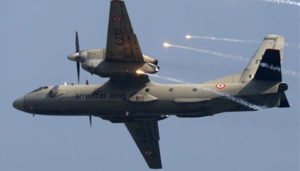 New Delhi: The Indian Air Force’s AN-32 aircraft has been formally fleet certified to operate on a blended aviation fuel with up to 10% indigenous bio-jet fuel.

The IAF has been testing the green fuel – produced from tree-borne oils which are sourced from tribal areas and from farmers – for over a year and a formal certification of approval was received by Air Commodore Sanjiv Ghuratia at aero-engine test facilities in Chandigarh. First produced by Indian Institute of Petroleum’s lab in Dehradun in 2013, the bio-jet fuel could not be tested initially due to lack of test facilities in the civil aviation sector.

IAF eventually deployed all its resources in testing the fuel and getting it certified with its test crew and engineers deputed for the purpose. The eventual certification of the fuel is also a major shot in the arm for the ‘Make in India’mission.

Using the fuel in AN-32 is also a testament to its international standards as the aircraft is a massive transport workhorse in the IAF fleet.