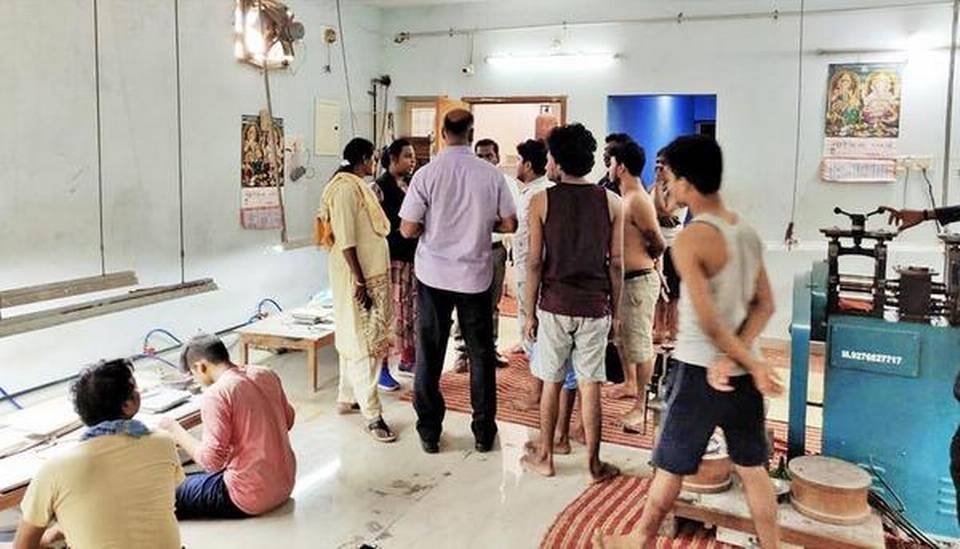 Sixty-one minor boys, mostly from West Bengal and working in jewellery units here for several months, were rescued on Friday.

Volunteers of International Justice Mission (IJM), a human rights organisation, had alerted the police about the boys being engaged as labourers.

On receiving the information, police officials belonging to the special wing for crimes against women and children raided five different buildings — three on North Wall Road in Kondithoppe and two on Wall Tax Road and rescued 61 boys. Maglina, Additional Deputy Commissioner of Police of the special unit, said, “Five teams raided and rescued the children who appeared to be less than 16.”

“All the boys were involved in different processes in jewellery-making. They were made to work from 10 a.m to midnight in hazardous conditions,” said sources.

“Most of the boys rescued are very young. When they were rescued and brought to our vehicle, they started playing. And that is how they should be. They should be allowed to enjoy and live their childhood and not made to work in hazardous conditions. They should be going to school. The children have just been rescued from five units. There are so many children still caught up in places they shouldn’t be,” said Devasitham, Associate Director, Strategic Development, IJM.

In another development, the city police arrested Ajithkumar, an eatery owner who allegedly engaged minor boys from Bihar for making pani pooris at his outlet in Ayanavaram. This was a follow-up to the the rescue of three minor boys and a 23-year-old youth, all from Bihar, from the outlet.

Based on information shared by children who were rescued last month at Perambur railway station, the activists alerted authorities. The authorities, with the help of the police, raided the outlet in Ayanavaram and rescued the three minors and the youth.

Coalition to End Human Trafficking’s Tamil Nadu coordinator S. Prabakar said, “The children were in an extremely pathetic condition as they remained locked up in a room and were making pani pooris. They were not allowed to leave or take breaks. They were recruited from Bihar after their parents were paid a small advance of Rs 25,000. They were paid Rs 500 a month as salary. Once here, the boys were subjected to long hours of work,” he said.

This is third time boys have been rescued from a pani poori unit in the city this year. Last month, four boys were rescued in Perambur. In January, 11 bonded labourers, including nine boys, working at a unit in Kondithope were rescued.