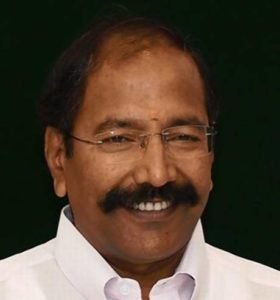 He announced the scheme while inaugurating the Power Conference organised by MCCI, in association with India Energy Forum, in the city on Friday. Mr. Thangamani announced that the substations would be constructed for industries that had signed memoranda of understanding with the State government and whose demand exceeded 10 MVA or those that had invested Rs 100 crore.

Mr. Thangamani pointed out that this was the first State in the country to erect a 765 KV network, which would help improve transmission networks.

Talking on “Future Power in Tamil Nadu”, he said the State was aiming to achieve 9,000 megawatt (MW) of solar power by 2023, as part of which a new Solar Policy had come into effect in 2019.

At present, the total solar capacity is above 3,000 MW. The State has been able to stamp its leadership in wind energy by having an installed capacity of 8,480 MW, which works out to 24% of the country’s total wind generation capacity, he added.

The Electricity Minister said the State, which had a power deficit five years ago, was today a power surplus State in the country, with an average demand estimated to be above 14,000 MW daily.

Anil Razdan, retired secretary, Union Ministry of Power, said the future of the power scenario was smart-grid technology, where renewable energy sources — solar and wind — could play an important role, and power-backup battery technology would need to be strengthened. Expressing concern at the growing dependency on the import of largescale solar equipments, including photovoltaic panels, Mr. Razdan rued about local domestic industries not being in good shape to manufacture either solar equipment or wind-generating equipment.