A plea has been filed in the Supreme Court seeking review of its December 8 judgement which upheld the notification for acquisition of land for the ₹10,000-crore Chennai-Salem eight-lane green corridor project 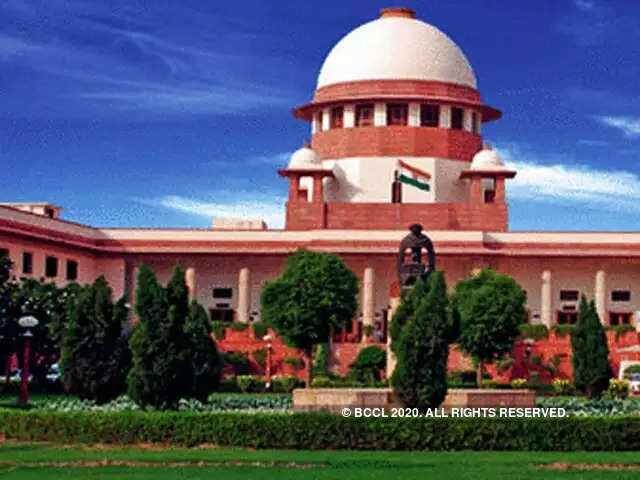 A plea has been filed in the Supreme Court seeking review of its December 8 judgement which upheld the notification for acquisition of land for the ₹10,000-crore Chennai-Salem eight-lane green corridor project.

The petition contended that the top court verdict has “Errors Apparent on the face of the Record” and would result in “gross miscarriage of justice.”

The plea filed by Salem resident Yuvaraj S stated that the review application is primarily based on the contention that the court did not have the occasion to consider that law laid down for judicial review of purported “Public Policy” when there is violation of a larger policy.

The top court, in its December 8 verdict, however, dismissed the appeal of land owners against the acquisition of their land for the project.

The apex court’s verdict had come on a batch of appeals filed by the Centre and the National Highways Authority of India (NHAI) and few land owners and others including PMK leader Anbumani Ramadoss.

These pleas were filed against the Madras High Court’s judgement, delivered on April 8, 2019, holding as “illegal and bad in law” the notifications issued under Section 3A(1) of the National Highways Act for acquisition of specified lands for construction of the new highway which was part of the larger ‘Bharatmala Pariyojna – Phase I5’ project.

A bench of Justices A M Khanwilkar, B R Gavai and Krishna Murari had partly allowed the appeals of the Centre and the NHAI to the extent of quashing of the notification to acquire land for the highway project by the Madras High Court and gave its nod to again proceed with the process.

“The impugned judgment and order is modified. The challenge to impugned notifications under Sections 2(2) and 3A of the 1956 Act, respectively, is negative. The Central Government and/or NHAI may proceed further in the matter in accordance with law for acquisition of notified lands for construction of a national highway for the proposed section/stretch,” the judgement had said.

The ambitious 277.3-km-long eight-lane greenfield project aims to cut travel time between the two cities Chennai and Salem by half to about two hours and 15 minutes.

However, it has been facing opposition from a section of locals, including farmers, over fears of losing their land, besides environmentalists who are against felling trees for it.

The project runs through reserve forest and water bodies.

Earlier, the high court’s order had come on a batch of petitions filed by 35 land owners and PMK leader Ramadoss. They had challenged the land acquisition proceedings.

The high court had made clear that grant of prior environmental clearance would undoubtedly require a thorough study of the area and before that, a public hearing was needed to be conducted.

It had also held as “unsatisfactory” the project report of a consultant and said it needed to be scrapped.

It had said unless a proper study was made, the impact on the forest lands, water bodies, wildlife, flora and fauna cannot be assessed.

Environmental clearance was mandatory since the project would have an adverse impact on the environment, including water bodies, it had said. PTI PKS MNL SJK SA