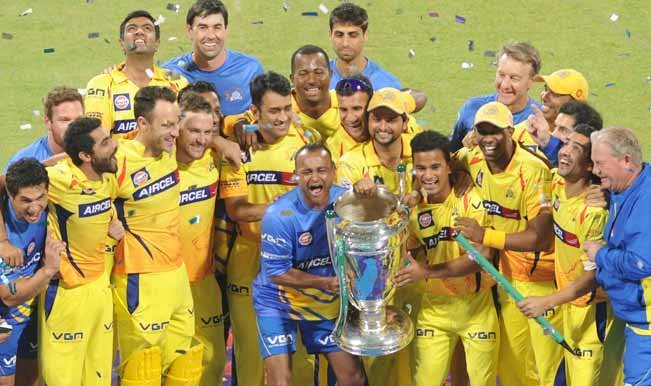 Chennai Super Kings pulled off a thrilling last-ball win over Kolkata Knight Riders which lifted the three-time champions back to the top of the Indian Premier League points table on Sunday.

Chennai won by two wickets as it successfully chased down Kolkata’s 171-6 to reach 172-8 in exactly 20 overs.

Ravindra Jadeja (22 off 8 balls) had all but sealed the chase for Chennai when he smashed fast bowler Prasidh Krishna for two sixes and two boundaries in the penultimate over.

But West Indies offspinner Sunil Narine (3-41) had Sam Curran caught in the deep off the first ball in the last over and then trapped Jadeja leg before wicket off the fifth delivery when only one run was needed for victory.

Deepak Chahar ensured Chennai won off the final ball as he swept Narine to midwicket as Mahendra Singh Dhoni’s team went top with 16 points from 10 games.

Earlier, Kolkata’s lower order did well to boost the total after its captain Eoin Morgan won the toss and chose to bat. Rahul Tripathi top scored with 45 off 33 but it was Nitish Rana (37 not out off 27) and Dinesh Karthik (26 off 11) which propelled Kolkata’s total in the last three overs.

Australian fast bowler Josh Hazlewood was expensive for his figures of 2-40 off four overs but Shardul Thakur (2-20) and Jadeja (1-21) bowled well in the middle overs.

Kolkata is still in contention for the playoffs and is at No. 4 with eight points from 10 matches, the same as fifth-placed Punjab Kings. Mumbai Indians and Rajasthan Royals also have eight points but have played a game less.

Sunrisers Hyderabad is the only team out of contention for the playoffs with one win from its nine games.