Departures will continue as per schedule, the Chennai International Airport authority said. 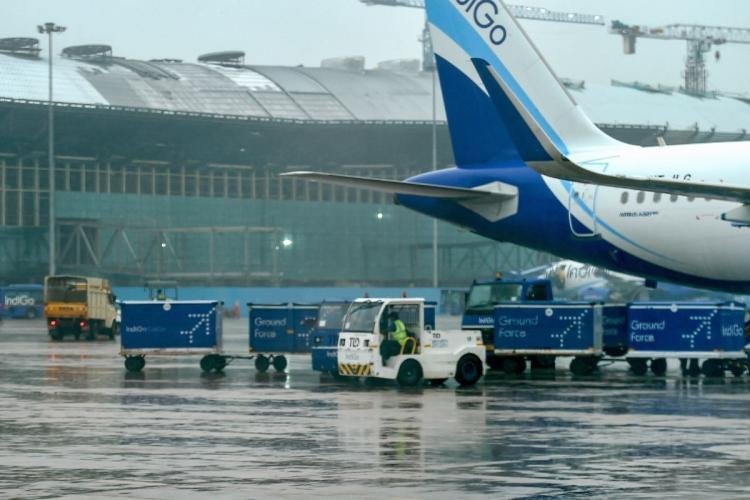 Arrivals at Chennai international airport will remain suspended from 1.15 pm to 6 pm on Thursday, November 11 owing to the heavy rains that continue to lash the city. The Chennai airport issued a statement that while arrivals have been suspended, departures will continue as per schedule. This measure has been taken given the severity of the wind speeds predicted in the city as the depression will cross over north Chennai on Thursday evening.

“Due to severe rains and heavy cross winds, arrivals at #AAI Chennai Airport will remain suspended from 1315 hrs to 1800 hrs, today. Departures will continue. The decision has been taken considering the safety aspect of passengers and severity of wind,” the official Twitter handle of the Chennai airport tweeted.

A red warning is in place in Chennai and many areas have been submerged in almost knee-deep water, with water also gushing into homes and establishments across the city.

The depression over Bay of Bengal will cross the coast between north Tamil Nadu and south Andhra Pradesh this evening and the city would witness “strong” winds up to 45 km on Thursday. Most districts in northern Tamil Nadu including Chennai are likely to receive heavy to very heavy rainfall, Deputy Director General of Meteorology, S Balachandran said, even as the city and its suburbs received sharp showers all through the night and on Thursday morning as well.

Rains continued to lash various parts of the city and its suburbs on Thursday, leading to inundation in many areas like KK Nagar even as a number of subways and roads in many parts of the metro were closed for vehicular traffic. The police said trees were uprooted in places like Egmore and Perambur.

Personnel of Greater Chennai Corporation, police and Fire and Rescue Services were involved in various relief and rescue work, including pumping out stagnant water.