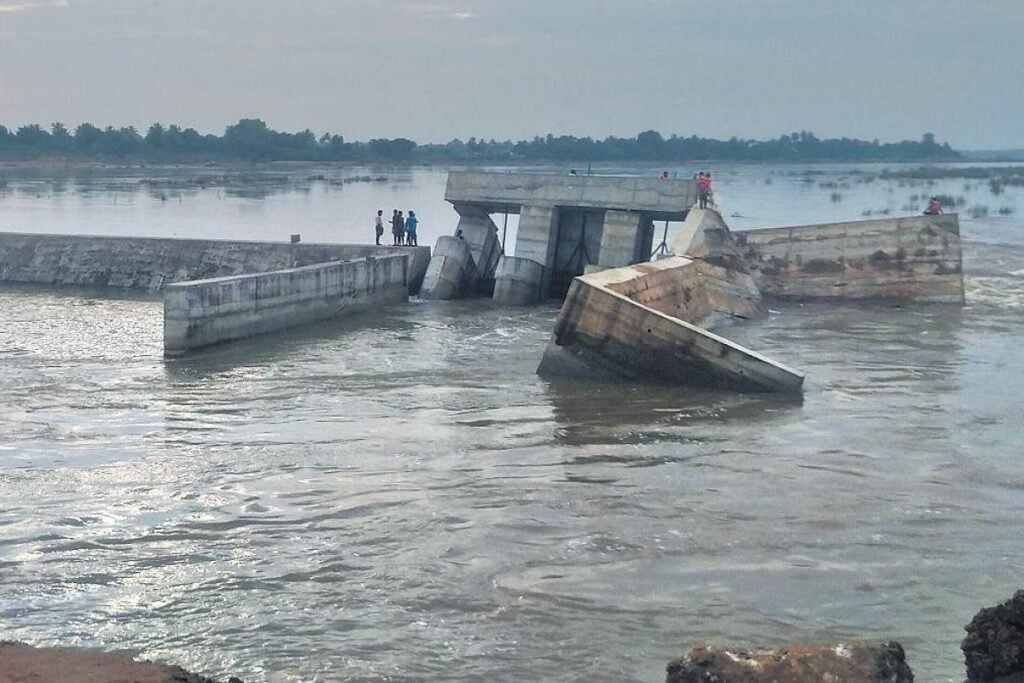 VILLUPURAM: A checkdam constructed across the river Thenpennaiyar at Thalavanur in Villupuram district of Tamil Nadu at a cost of Rs 25 crore just a year ago was demolished on Monday using explosives after portions of the structure were damaged in floods.
The 400-metre-checkdam was inaugurated in September last year by the previous AIADMK government. Within four months, portions of the pillars supporting the shutters broke off triggering widespread protests by villagers complaining about the quality of the construction. On November 9, another portion of the check dam was damaged.
The riverbank near the damaged portions started eroding fast after water was released from Sathanur dam on Saturday forcing the revenue officials to demolish the checkdam to prevent any eventualities.
The efforts to demolish the check dam on Sunday failed as the explosives used were too less to destroy the structure.