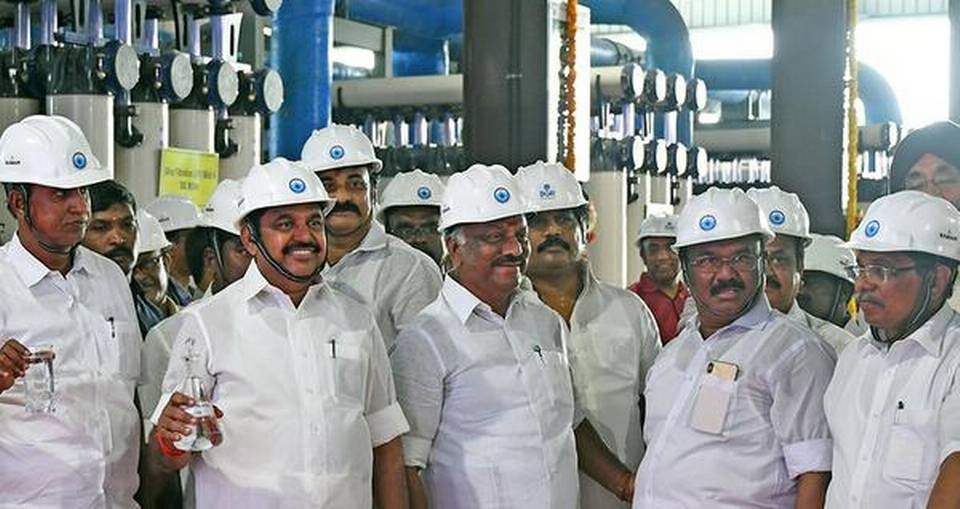 It will help convey Krishna water without wastage, says CM

The State government is considering a proposal to lay a pipeline from Kandaleru reservoir to Poondi reservoir to convey Krishna water without wastage and use it for Chennai’s drinking water needs, Chief Minister Edappadi K.Palaniswami said here on Tuesday.

Inaugurating the 45-million litres a day (mld) sewage tertiary treatment reverse osmosis plant at Kodungaiyur, he said his government would hold talks with the Andhra Pradesh Chief Minister to implement the proposal to reduce wastage and ensure better realisation of Krishna water at Poondi reservoir.

Pointing out that the waterbody in Poondi was receiving Krishna water now, the Chief Minister said drinking water supply to Chennai would soon be stepped up. Elaborating on various projects, including two more desalination plants, a new reservoir in Thervoy Kandigai-Kannankottai and restoration of 210 waterbodies in and around Chennai, he said measures are being taken to ensure sustainable water sources that could provide 876 million litres a day, despite drought. In Chennai, groundwater table has gone up by 2-5 feet due to harnessing of rainwater.

Describing the ₹348-crore TTRO plant at Kodungaiyur as a milestone project, he said waste water would be recycled and supplied to 11 industries in north Chennai. This will help conserve freshwater resources. Once the 45-mld plant in Koyambedu becomes operational, nearly 20% of the sewage generated in city would be recycled. Later addressing presspersons, he said the TTRO plants would have an additional capacity to treat 15 mld each and two more 10 mld plants would be added in Nesapakkam and Perungudi. These would help conserve 185 mld of freshwater.

On Godavari-Cauvery rivers linking project, Mr.Palaniswami said Tamil Nadu has submitted a report to the Centre specifying its share of water needed from project.

At the TTRO plant, total dissolved solids level would be reduced from 1,500 mg/l to less than 70 mg/l.