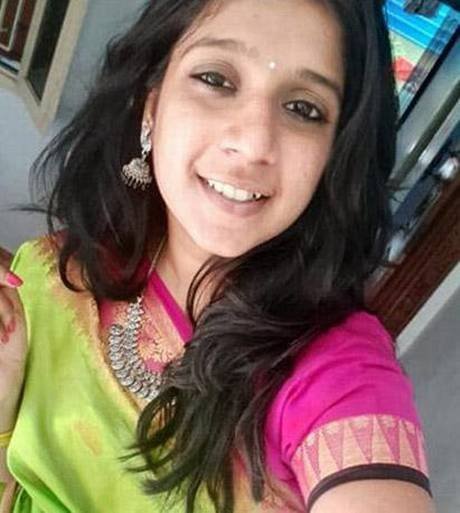 Constitute special team to prosecute those responsible for her death: petitioner

The father of R. Subasri, a techie who was run over and killed by a tanker after an illegal flex board fell on her while she was riding her two-wheeler in Pallikaranai on September 12, has moved the Madras High Court seeking a compensation of ₹1 crore from the State government.

The writ petition, filed by R. Ravi, 57, of Chromepet, is expected to be listed for admission before Justice R. Subramanian on Thursday. Apart from monetary relief, he had also insisted on the constitution of a special investigation team to prosecute those responsible for his daughter’s death, both directly and indirectly.

The petitioner’s third plea was for the enactment of a special legislation, prescribing stringent punishment for those erecting unauthorised flex boards on roadsides. He said he had made a representation to the government on September 24, with regard to all the three requests, and sought for a direction to consider the representation.

In his affidavit, Mr. Ravi stated that Subasri was his only child, and she had scored 455 out of 500 marks in her Class X examinations, and 1,054 out of 1,200 in her higher secondary examinations.

“My daughter started earning on December 2018, and since then, the economic burden of the family has been balanced. Due to the sudden demise of my daughter, we have been suffering mentally as well as economically. I am working in a private company, and my wife is a homemaker. A major part of my income and savings was spent on my daughter. I had fond hope that she would take care of me and my wife during old age, but now, we have become orphans,” the affidavit read.

It also acknowledged that immediately after the accident, a Division Bench of Justices M. Sathyanarayanan and N. Seshasayee had ordered payment of an interim compensation of ₹5 lakh to the petitioner and his wife, and the amount was paid to them through a demand draft.