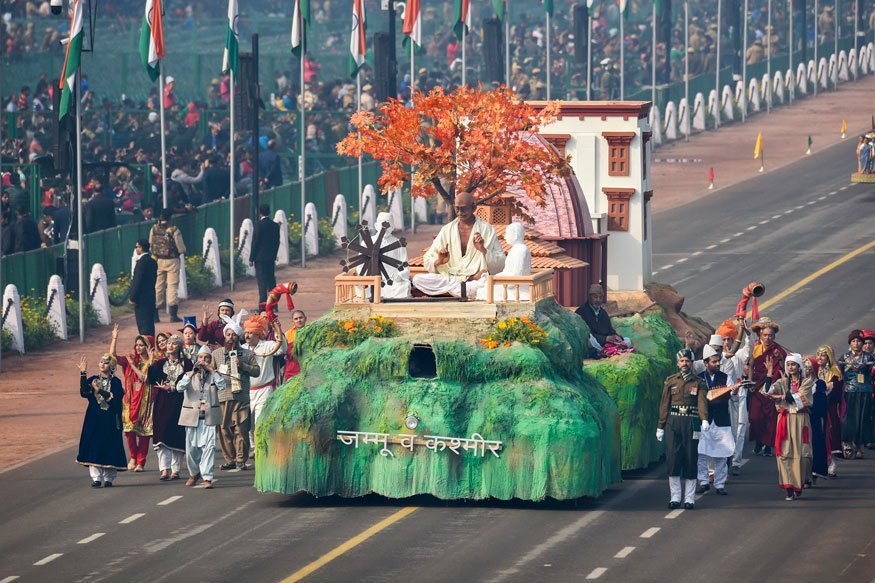 Department for Promotion of Industry & Internal Trade (DPIIT): The theme of DPIIT, under the Ministry of Commerce and Industry, for Republic Day 2020 parade is Startup India.

NDRF, Ministry of Home Affairs: The National Disaster Response Force (NDRF) tableau will make its debut in the Republic Day 2020 parade. The tableau will showcase the capacity of that NDRF in rescue and relief operations during calamities and man-made disasters.

Apart from these, tableau of Department of Drinking Water & Sanitation and CPWD, Ministry of Housing & Urban Affairs will also be seen at Republic Day parade 2020.

Tableaux of states and Union Territories shortlisted to participate in the Republic Day Parade 2020:

Chhattisgarh: This is expected to lead the tableaux of states and Union Territories in Republic Day 2020 parade at Rajpath on January 26. The tableau will depict jewellery/ornaments and art of Chhattisgarh. It will also see participants presenting ‘Kaksaar’ dance.

Goa: The theme of tableau of Goa for Republic Day 2020 is ‘seashore’ and will showcase seashore, biodiversity and livelihoods of people of the state. The highlight of the Goa tableau will be two young artistes – Shanaya Dessai, aged 5, and Tanish Naik, aged 3 – who will perform live on the tableau.

Gujarat: The theme of tableau of Gujarat is ‘Rani Ki Vav’ or Queen’s Stepwell built by Rani Udayamati in Patan as a memorial to her husband King Bhimdev I in the 11th century. In the front, the tableau will display a statue of a village woman wearing Patola saree of the region. It will also showcase folk culture and dances performed by artists from the state.

Jammu and Kashmir: It will be for the first time Jammu and Kashmir will participate in Republic Day parade as a Union Territory. The tableau of J&K will showcase the cultural heritage of the region that would display a weaver in front, flora and fauna in the middle, the Dogra and Kashmiri folk culture at the end.

Odisha: The tableau of Odisha will depict the renowned Rukuna Rath Yatra of Lord Lingaraja, worshipped as both Lord Shiva and Lord Vishnu.

Punjab: The theme of tableau of Punjab for Republic Day 2020 is 550th birth anniversary of Guru Nanak Dev ji. The tableau will highlight the human principles preached by the Sikh guru and will depict messages ‘Kirat Karo’, ‘Naam Japo’ and ‘Vand Chhako’.

Rajasthan: The tableau of Rajasthan will showcase the Walled City of Jaipur that received the UNESCO World Heritage tag in 2019. It will depict the architecture and culture reflected through folk songs and dances.

Assam: The tableau of Assam will be showcasing Xattriya tradition in the form of ‘Bhortal Nritya’ discovered by renowned Xattriya artiste Narahari Burha Bhakat. The cultural heritage of the state will also be part of the tableau.