Terrorist attacks on Chinese workers in southwest Pakistan are unnerving Beijing, just as Islamabad knocks on the door of its “iron brother” for ‘debt’ support. China’s nervousness follows Wednesday’s attack on a bus carrying Chinese engineers and workers in northern Pakistan. 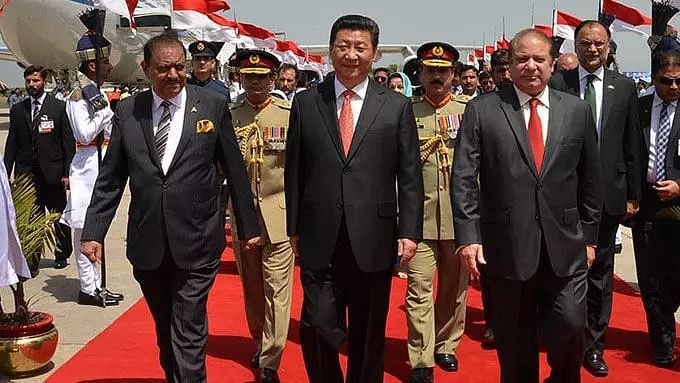 NEW DELHI: Terrorist attacks on Chinese workers in southwest Pakistan are unnerving Beijing, just as Islamabad knocks on the door of its “iron brother” for ‘debt’ support. China’s nervousness follows Wednesday’s attack on a bus carrying Chinese engineers and workers in northern Pakistan. Nine Chinese engineers who were killed were working on the China-invested Dasu hydropower project.

The Dasu project is part of the China Pakistan Economic Corridor (CPEC) — the flagship of the Belt and Road Initiative (BRI), a giant pan-Eurasian connectivity enterprise marshalled by Chinese President Xi Jinping. In retaliation to the strike, the Chinese company China Gezhouba Group Company (CGGC), in charge of the project has terminated all 2500 Pakistani employees working on the construction site, triggering resentment among locals, Geo News reported.

After the incident there were twist and turns, on whether the strike was a terror attack or not. After a severe Chinese reprimand, Pakistan finally acknowledged that it was indeed a terror strike. Chinese premier, Li Keqiang, personally asked Pakistani Prime Minister Imran Khan to hold accountable culprits in the attack on the bus as soon as possible. Since then, Islamabad has been getting phone calls from Beijing on a regular basis.

On Saturday, China’s State Councillor and Minister of Public Security Zhao Kezhi called up Pakistan’s Interior Minister Sheikh Rashid Ahmed to find out the progress made of the investigation.

China has told its all-weather friend to identify security risks facing Chinese personnel, institutions and projects in Pakistan, fix loopholes, strengthen the country’s early-warning system and security measures, and do its utmost to ensure the safety of Chinese personnel to prevent similar attacks from happening again as reported by state-run China Daily.

Zhao told the Pakistani Interior Minister Sheikh Rashid that he trusted that law enforcement departments of both countries would further strengthen the building of mechanisms for collaboration and work more closely together for the benefit of both sides. He cautioned that such negligence on the part of the government in future will have a negative impact on CPEC projects and also dent the relationship between the two countries. China has sent a 15-member Chinese investigation team led by Wu Wei, deputy director of the Department of External Security Affairs of China’s Ministry of Foreign Affairs with Nong Rong, the Chinese ambassador to Pakistan. China has asked Pakistan to work with its investigating team together to fix identity of culprits, track them down and punish them severely. (IANS)