The consignment in which the tortoises were being smuggled was declared as 230 kilos of live crabs. Air Cargo intelligence officers opened the package and recovered 1,364 live Indian star tortoises. 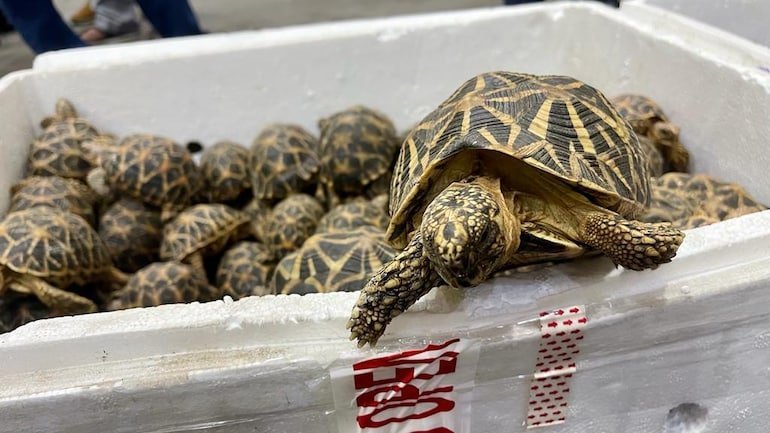 Chennai Air Cargo Customs recovered 1,364 live star tortoises which were being smuggled out of India.

On the shipping bill, the goods were declared as 230 kilos of live crab. The subject shipment was Risk Management System (RMS) facilitated, which means it was not meant for examination.

The Air Cargo Intelligence officers intervened and examined the cargo. They found that 7 out of 13 packages contained a total of 1,364 live Indian star tortoises.

Star tortoises are listed as an endangered species in CITES (Convention on International Trade in Endangered Species) Appendix-I and are covered under schedule-IV of the Wildlife (Protection) Act 1972.

After the examination of shipment, the live star tortoises were handed over to the Tamil Nadu Forest Department for rehabilitation in their natural habitat.